My first Gartner IT Symposium 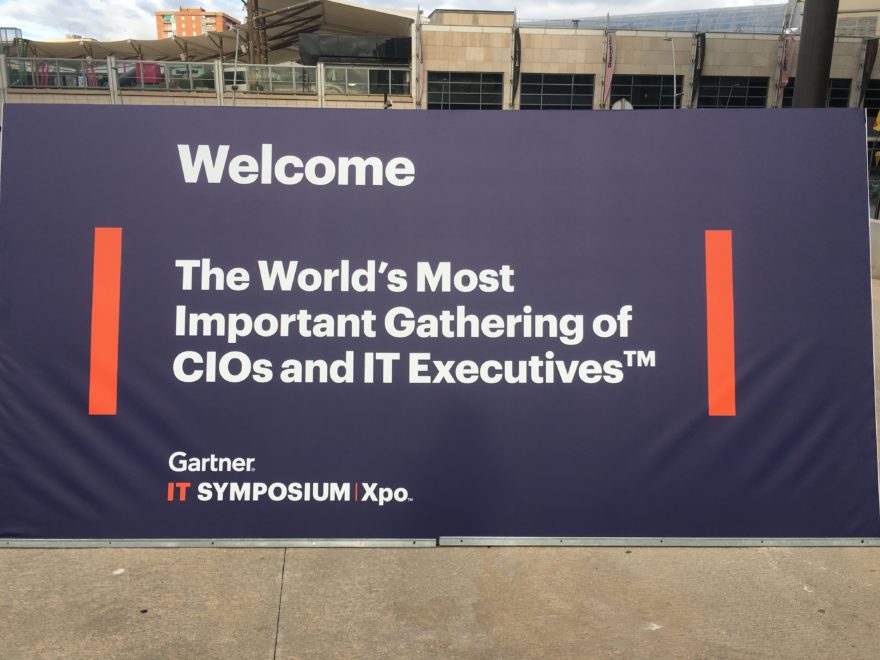 This morning, it was snowing on my way to work. Sunny Barcelona seemed to be a million miles away. It’s still just a couple of days ago since I participated in the Gartner IT Symposium for the first time. For me, that meant three days full of information and inspiration. In this post, I want to share my thoughts and main takeaways.

“By failing to prepare, you are preparing to fail” is a quote attributed to Benjamin Franklin and fully applicable to the IT Symposium as well.

My initial thought about planning was making sure that I get a flight and a hotel. Not a trivial task when 7000 people want to make their way to Barcelona at the same time. If I’m going again, definitely the first thing I would do is to book everything as early as possible as there were some challenges with the travel arrangements. What proved to be equally important was going through the agenda and selecting the sessions I wanted to attend. I don’t know how many sessions were offered in total during the week, but just with a filter “AI & Machine Learning” I got a list of 65 sessions, “Leadership, People and Culture” gave a list of 98 sessions. As it seemed feasible to squeeze seven sessions into a day, I had to do some serious prioritizing to decide the most relevant ones. 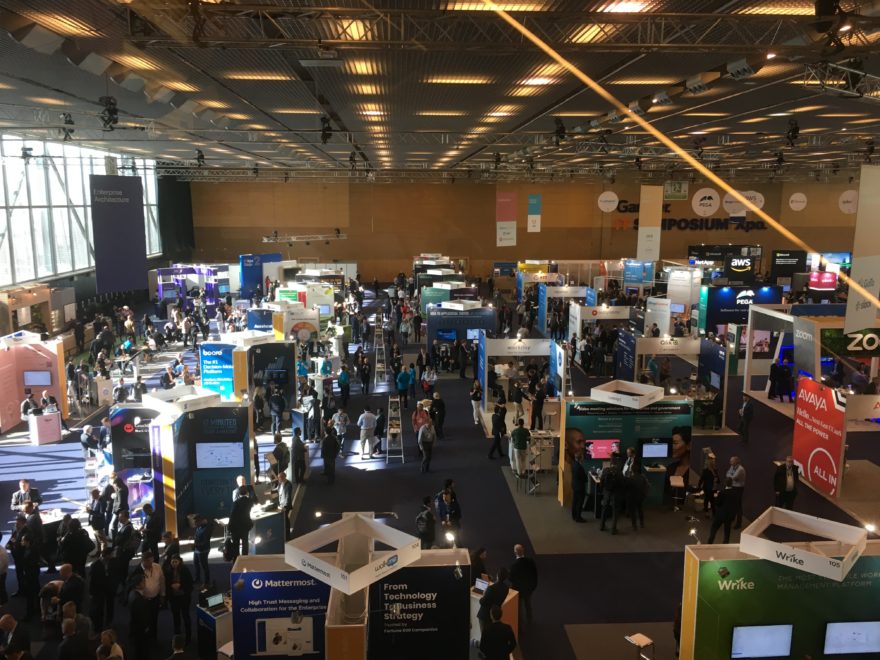 As I made my way to the convention center on Sunday, I was feeling excited, but also a bit lonely because I was traveling alone. It had not occurred to me that I might run into people I know at the symposium because of the large number of attendees. After bumping into an old friend at the registration desk and thereafter having a super interesting discussion with the person sitting next to me, my worries were gone.

Drivers for innovation for Retail

Sunday was an industry day which meant there were separate tracks available for nine different industries. As my key area of interest is personalization, I decided to attend the retail track. The retail sessions I selected varied from the changing nature of retail to using AI and hacking the culture. Overall the retail track can be summarized with AAA: Amazon, Alibaba, and AI were mentioned in all presentations as drivers for innovation and disruption.

An overall theme was “techquilibrium“, a term to be introduced the next day, describing the balance point of traditional and digital capabilities. As one analyst phrased it: “some customers want a tech experience and some don’t”. The challenge for retailers to know their customers and find the balance point.

One interesting Gartner prediction was that “By 2023, e-commerce will cease to be a differentiator in the retail marketplace.” During the last session sat next to a former colleague who reminded me to come in early on Monday to secure my seat for the official opening keynote. I thought that it meant being on time, but I was wrong. 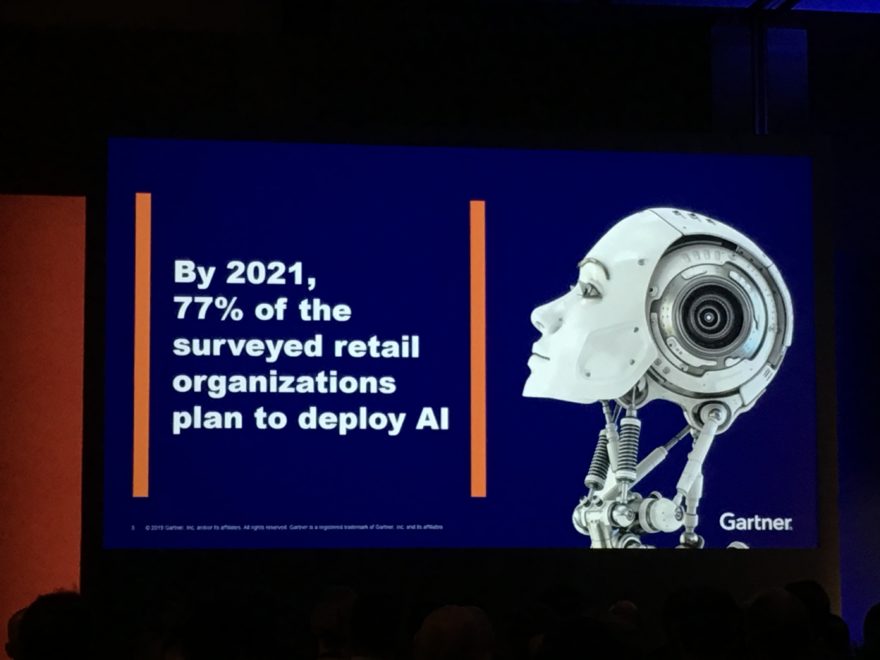 The value of networking

On Monday I arrived at the convention center about an hour before the keynote and saw a huge line of people waiting for the doors to open. Luckily, I managed to get a seat at the balcony and 30 mins before the session began, it was a full house. The opening keynote was themed under “Winning in the Turns: Leading in a Digital Society“. It introduced terms such as “TechQuilibrium” and the “Everything Customer” who wants to be served by any device, at any time, but at the same time, keep their data and privacy safe.

On Monday, I was invited to join a fairly small, sponsor-hosted networking lunch. I think sponsors get to invite people they think might be interested in their offering to discuss over lunch. Clearly, this sponsor wanted to avoid making lunch “salesy”, so they talked briefly about industry trends, but never introduced the company. So at least I and a couple of people at my table never understood what they do. I honestly don’t think it would have been too pushy to introduce the company briefly. That’s a lesson for me for in the next event we are sponsoring, to not assume that everyone knows you. 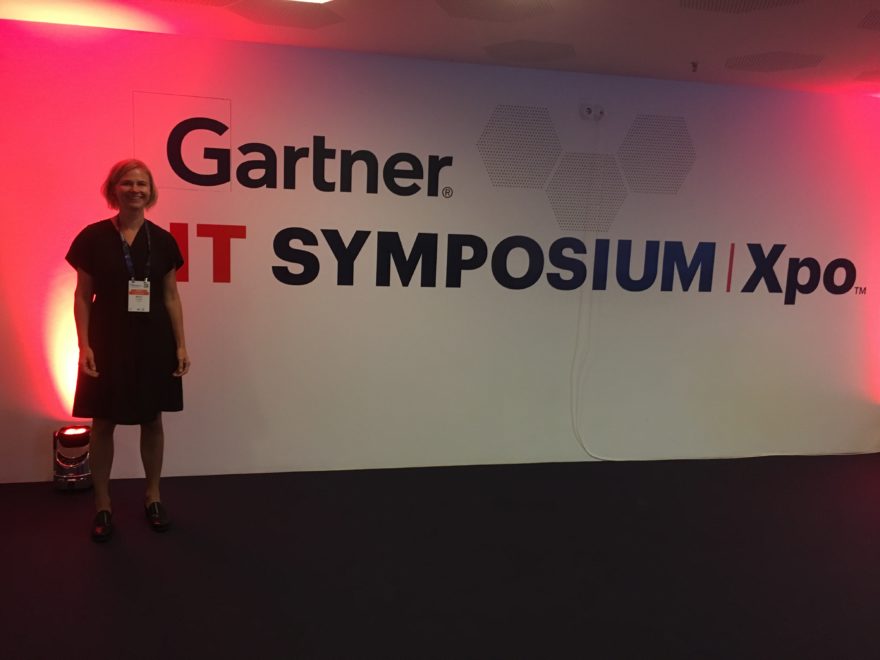 In addition to really high-quality sessions hosted by analysts, I also had a couple of one-to-one meetings to discuss Frosmo’s questions related to our personalization software and go-to-market plans. It really amazed me how quickly the analysts were able to comment on a topic I presented, even though we had no preset agenda for the meetings. I would place the one-to-one meetings as the most valuable part of my symposium experience.

Networking: The only meetings I had prebooked were two one-to-one sessions with analysts. All my other discussions were more or less random based on who I happened to sit next to. This was more powerful than I thought it would be. Often, sharing a session meant sharing some interest and I got to have such interesting discussions with people whom I’d otherwise never speak with.

To know where the world of IT is going

The great value of Gartner is its broad view into different topics and the ability to create frameworks that can be used as checklists for many different purposes varying from organization-level digital transformation down to deploying AI in a retail organization and organizing product marketing in a software company.

The entire symposium ran from Sunday morning to Thursday afternoon. I left on Tuesday evening after being filled with information from all aspects. Unfortunately, this meant that I missed a keynote by one of my favorite authors Daniel Pink. He talked about “The Scientific Secrets of Perfect Timing” and I’m sure that was a super interesting talk. For anyone attending all five days, it’s really a load of information and discussions and will for sure take some time to analyze and process everything. 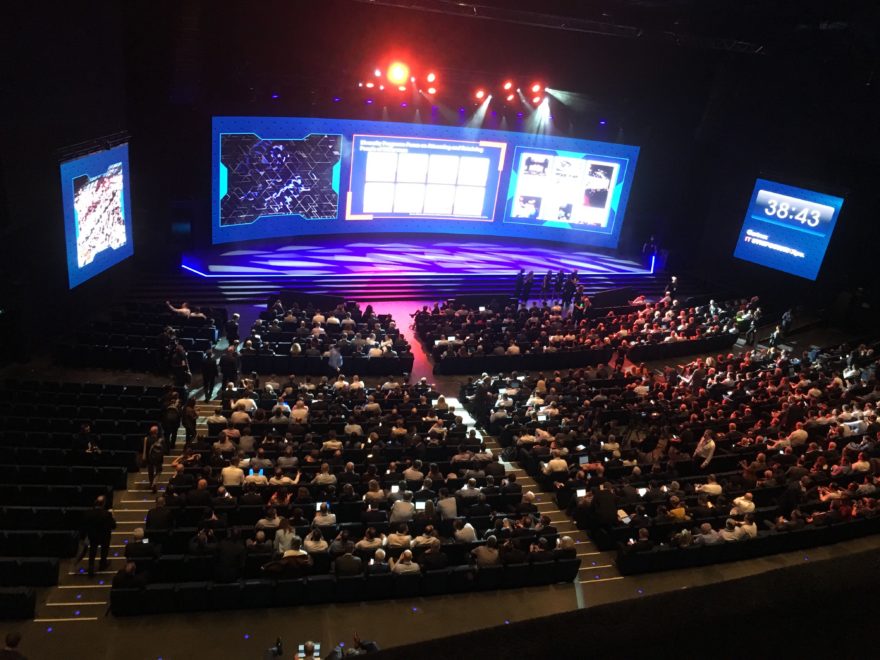 The entire symposium was extremely well-organized. I want to give special thanks to David Chamberlain at Gartner for making everything work smoothly and answering all my questions. I would recommend the Gartner IT Symposium for anyone interested in learning where the world of IT is going and networking with IT professionals from all countries.

Download the ebook of the power of personalization to learn more about the examples and practical tips for different industries, such as retail, media, and iGaming. 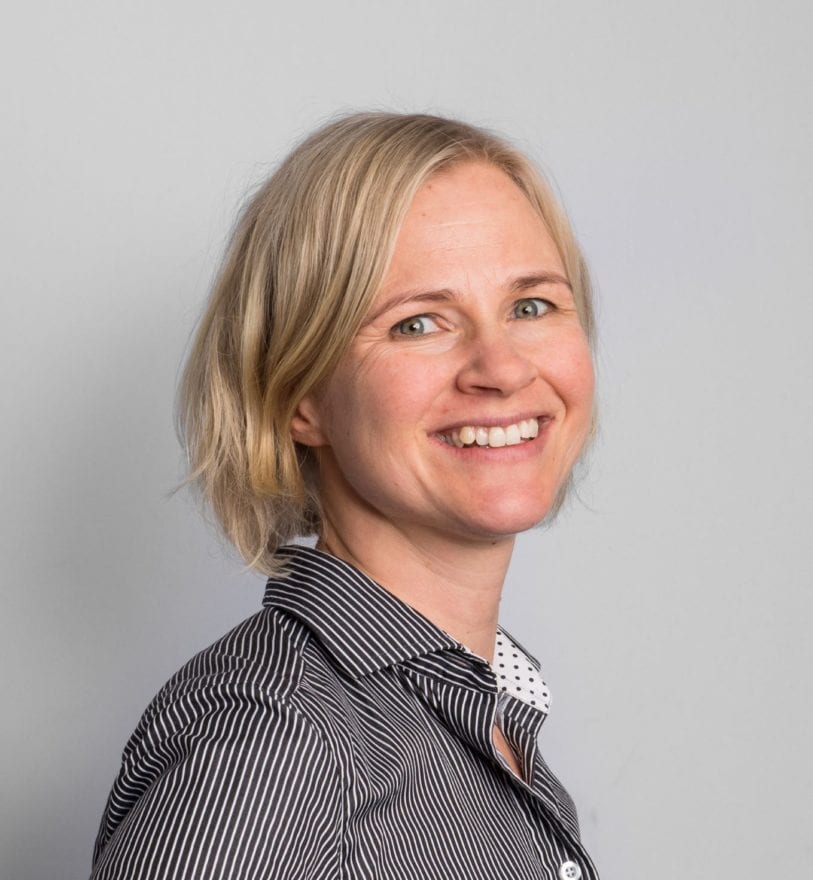 Maija Erkheikki has over 15 years of experience in the international software industry and is driven by a passion to use technology to improve the quality of life. This passion was best exemplified in her role as a consultant for healthcare companies, working on business processes and performance management. This led to a career in the partner-driven software business, where it is critical to build win-win-win models. Currently she is fascinated by the digitalization of commerce and how artificial intelligence reshapes all industries.

TwinSpires relies on Frosmo to increase conversions and acquisitions